Diagnose memory leaks on PINNED values with GHC 9.2.1 and up

I pride myself on my odd ability for diagnosing memory leaks on Haskell. I have sent some PRs on OSS with some neat diagrams to corroborate the fixes and they are always welcomed. It is a good way to get to know a project and can be considered a low level bug in most cases.

The common way to learn how to do this is reading the GHC user guide section on profiling and experimenting on your own programs. What I usually end up doing is this:

This is all fine and dandy! It works for most of the cases that you encounter.

But there was still a thorn on this approach: ByteStrings. On the Haskell heap these are PINNED objects. What this means is that the copying garbage collector gives them special treatment when moving values between the from space to the to space and lets them fixed in place. This is related to foreign pointers and the expectation of C-libraries of not having the values their pointers point moved without notice.

This manifests in diagrams with the following pattern: 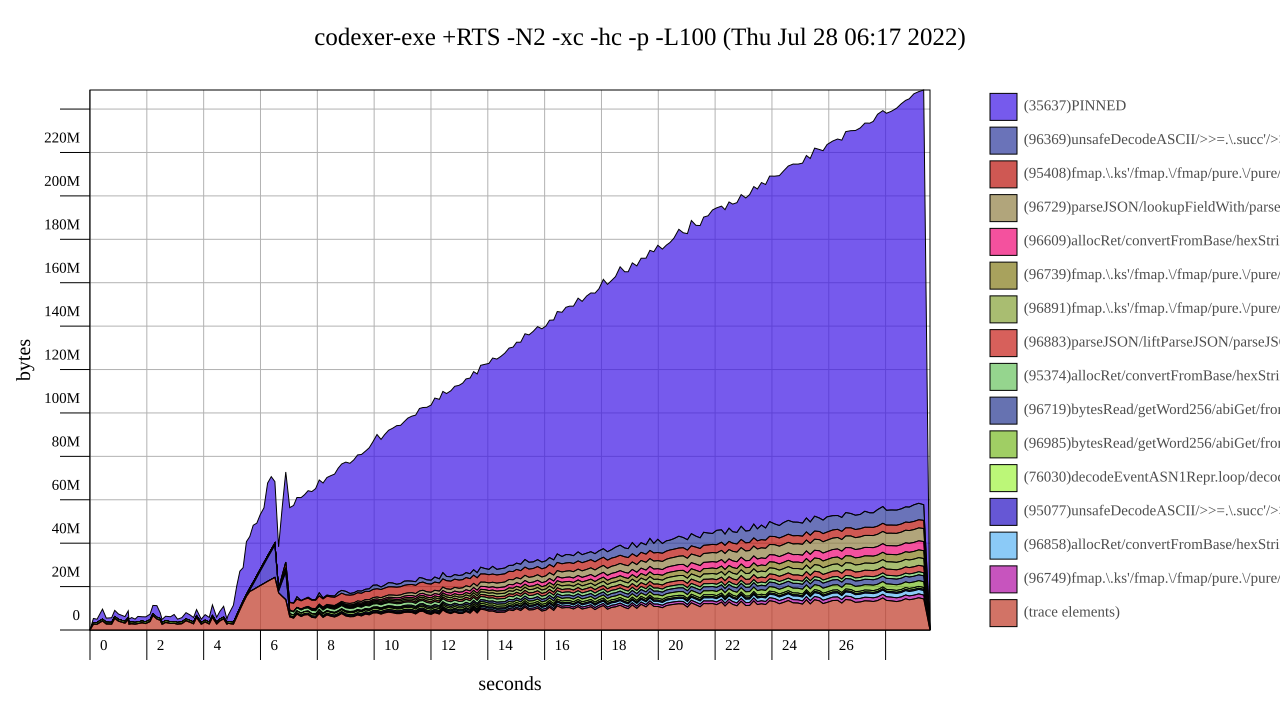 Notice the purple band declared as PINNED without any cost-centre information. We would like to have information as in the band 96369, which when read from the .hp file gives us a series of cost-centres names separated by a /.

By the way, this is a real program. I was working on it a $JOB but had to throw my hands on the air as my usual bag of tricks did not work… on GHC 8.10.7.

That is right, my usual bag of tricks got more useful on GHC 9.2.1 as /geekosaur/ informed me #haskell @ libera. Now these PINNED values have normal cost-centres stack associated to them.

Sure, I had to update some dependencies to compile on the new GHC version. But once that was done I was left with a new binary that reported these figures: 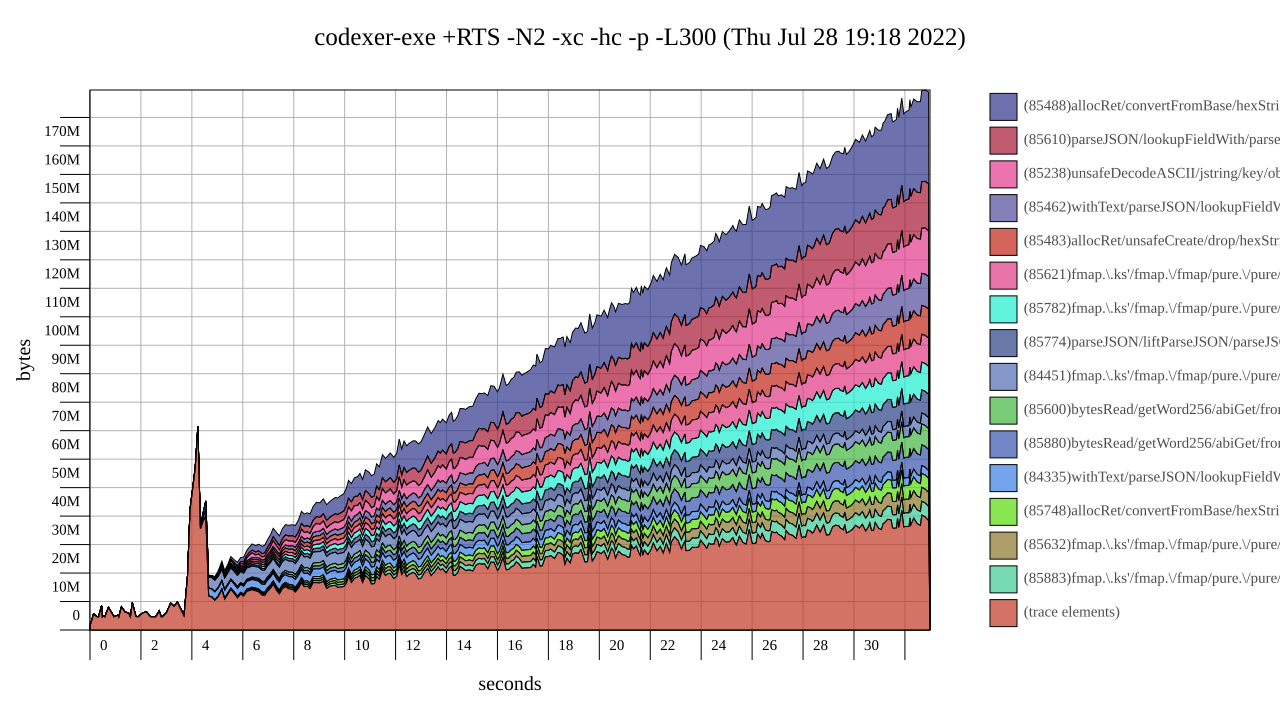 Now I got info on the cost-centre stack 85488. I can search up until I get on a cost-centre for my program and force that value.

The leak ended up being a un-demanded selector function over parsed bytestring. The lack of inmediate demand meant that GHC had to leave those values around in case could be needed on the future. Easy to fix once you understand, a bang-pattern is what you need on those cases. This left me with the following diagram: Now I feel more confident on my odd ability to diagnose memory leaks :-) . This would have taken me at least another afternoon to diagnose under GHC 8.10.7 . On GHC 9.2.3, it took me 15 min, great stuff.

junio 08, 2022
Hi everybody, if you are reading this you really scrolled down :-). I am Ruben Astudillo, but I usually go by the handle slack1256 online. Blogging has always been part of my life, but only as a reader. Through the years I have picked different interests that otherwise I would have not met, I am grateful to all the blogger that were witty and cunning in their arguments :-) . But reading is not sharing and currently I find interesting stuff I think could be written down, so why not try my hand too? I will mainly write about programming. Specially about functional programming languages like Haskell. There will be a bit of C or micro-controller programming too if that is your thing. I am a mathematician by trade, so whenever read or craft a neat proof I will store it here for posterity. About the name of this blog, I was reading the introductory part of Emily Riehl's category in context. There was an exercise where you had to prove that statement. That certainly tripped me off, as
Read more »